About 10 years ago a neighbor gave me five Rusty Blackhaw (Viburnum rufidulum) trees. I had introduced myself to her one day on a walk. Her yard was the only one in the neighborhood that was natural like mine so I had to meet the gardener who created the lovely yarden.

She gave me a tour and told me about her philosophy and her plants. She wanted to create a wildlife sanctuary in her yard but, she also did not want to offend the neighbors who were traditional (lawn and foundation plantings, if you please).

She introduced me to two native plants I had never seen before... Rusty Blackhaw and Rhus Aromatica. It was a late fall day and the leaves of those two beautiful plants were gone. When she offered me the Rusty Blackhaw I was thrilled... I knew that native trees were rare and expensive in the nurseries. I remember asking her if she was sure she wanted to give them away, hadn't she another spot for them...She assured me she had plenty and that there would be more where they came from.

She spoke so reverently about the Rusty Blackhaw mother tree ....I really wasn't exactly sure what she meant at the time, and wondered how long it took for those 'treelings' to grow from seed. I was thrilled to get 5 native trees.

It wasn't until Rusty Blackhaw was firmly established in my own garden that I realized what she meant by 'mother tree'. The little trees hadn't grown from seed, they where the mother tree's suckering root shoots that she had transplanted. Now I have several mother trees which are producing their own root shoots.

She was one of the first generous and hope filled gardeners that I met. She gave with such joy. She wanted me to know and love the plants as much as she did. I know I received more than 5 trees from her.


Now let me tell you about my mother tree.

Rusty BlackHaw (Viburnum rufidulum) is a native tree of the southeastern United States. If you can't grow Rusty try her cousin Blackhaw (Viburnum prunifolium) but I think Rusty is the superior tree! 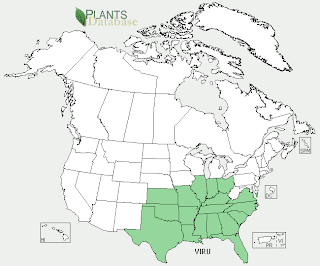 Rusty is a understory tree with glossy dark green, leathery, serrated leaves and lovely clusters of white flowers up to 4 inches wide appearing in March and April. The flowers are striking and noticeable from a distance, especially against those glossy green leaves. If you look closely at the photo you can see some of the rusty fuzz on the back of the leaves, buds and young stems. Aren't those leaves incredible. Don't you just want to touch them? 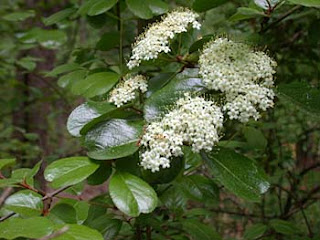 Rusty Blackhaw is slender tree with a small trunk and usually grows to about 18 feet with a lovely open and airy vase shape. I think the bark which is rough with rectangular blocks is part of this trees good looks. 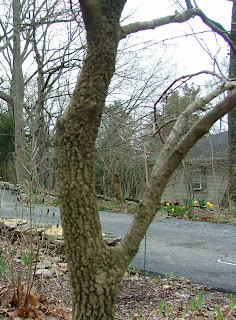 Because Rusty Blackhaw is a slow grower, you don't have to worry about it taking over your garden bed either. Viburnums want to colonize, so when a shoot shows up you have two choices: you can cut the shoot off or dig it up. The Mother tree is in a bed beneath a large Hackberry (Celtis) tree, so far there has been one suckering root shoot. See it is slow! Also, Rusty isn't a surface rooter so the St. John's-wort, ferns and wildflowers aren't crowded.


Rusty doesn't complain much and seems quite a home in the heat of the south in either full sun or semi-shade. It is drought tolerant (a necessary requirement for Chez Cedar Glade). It doesn't seem to be bothered by pests or disease (cross your fingers). And you know he transplants easily. I think you might get better flowering in full sun. But you won't hear me complaining...I think the tree shape and green leaves are pretty terrific.


But Rusty really shines in the fall when she puts on a burgundy red show and dangles those bluish seed pods. 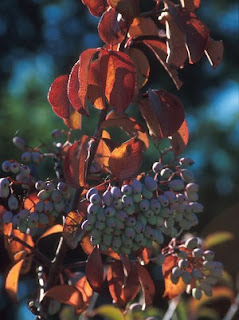