Some plants are charming and Entireleaf Western Daisy is one of them. 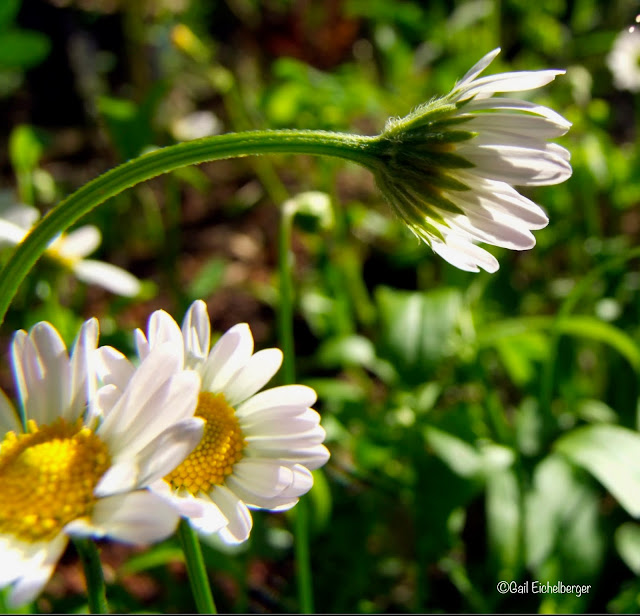 It captured my heart many years ago when I found it by chance flowering its head off in the way back freedom lawn. What I mean by chance, is that we went out of town for several weeks and came home to see the entire lawn in bloom. Salvia lyrata, Sedges, Downy Woodmint and the cutest little Daisy were having a blooming party. 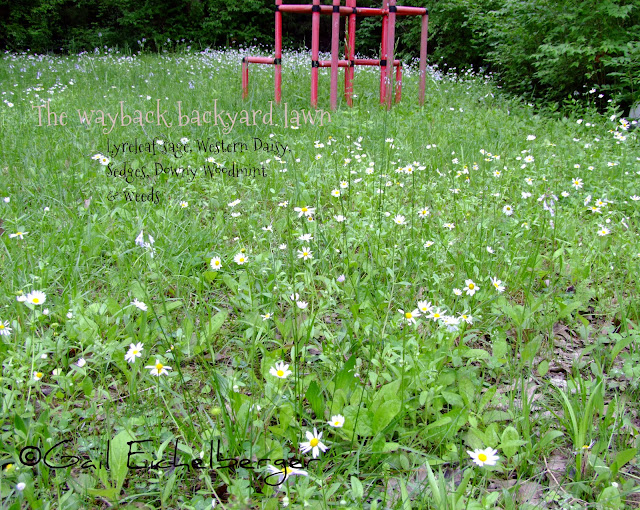 I was enchanted. It did take me a few weeks to figure out the Daisy was Astranthium integrifolium, a winter annual native to the Central Basin, Cumberland Plateau and the Ohio/Tennessee Valley. I garden in the Central Basin, which is also known as the Nashville Basin. It's a hot, muggy place to garden and this little Daisy seems to love it.

We mowed around it all summer and it bloomed its head off. Small pollinators visited and it eventually set seed and dropped them during the hot summer months. The seeds germinated over the fall and winter and bloomed the following April. 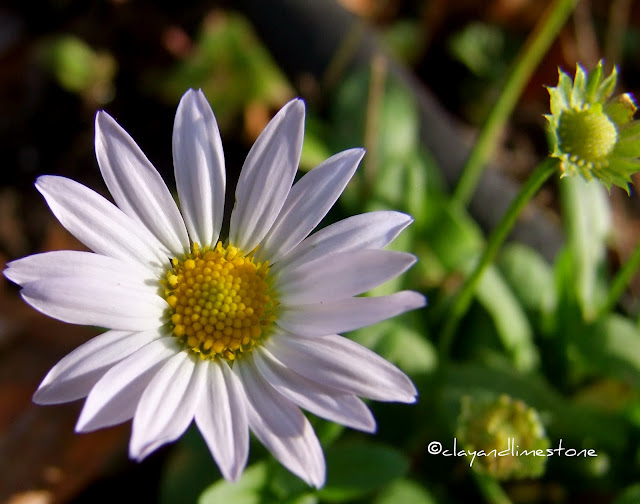 Some years Western Daisy is more prolific than others. In a good year there will be flowers in every garden bed and dancing with the Lyreleaf sage and Sedges in the freedom lawn. Bloom this year has been so-so. I blame the summer and fall drought for fewer seeds germinating. But, I have a plan, first I will transplant some of the blooming plants and latter, once it has been pollinated, I will collect seed and scatter it where I want to see more blooms.

Here's what works for me: I place a soil filled container near the blooming flowers to catch falling seeds. I leave the container in the garden until the following late winter or early spring and then plant those seedlings when the ground is no longer frozen.

Winter annuals are hardy and can tolerate cold weather and snow. I transplant on a warm late winter day making sure to give them a nice drink of water. Repeat yearly to increase your collection. Btw, this works well with lots of annual and biennial wildflowers. I use this technique with Blue-eyed Mary and Purple Phacelia.


Eastern Western Daisy is a typical Asteraceae/composite. The blossom is made up of two types of flowers - ray florets and disc florets. The ray florets (6 to 25 of them) are usually lavender or white. The disc florets are yellow, with 5 lobes. It's a small plant measuring between 4 and up to 18 inches high and the flower heads are about an inch wide. The flowers are solitary at the end of each stem. My granddaughter loves to pick them. 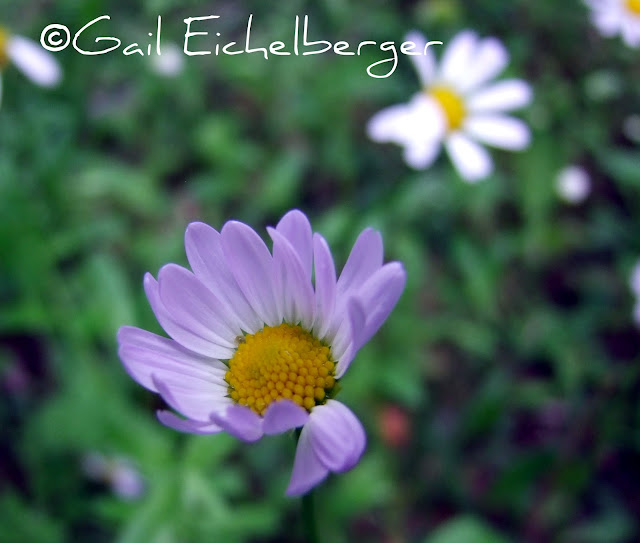 Astranthium integrifolium is also known as Entireleaf Western Daisy, Western Daisy, Eastern Western Daisy and Wild Daisy. What ever its name this is a charmer that ought to be in your central south garden. 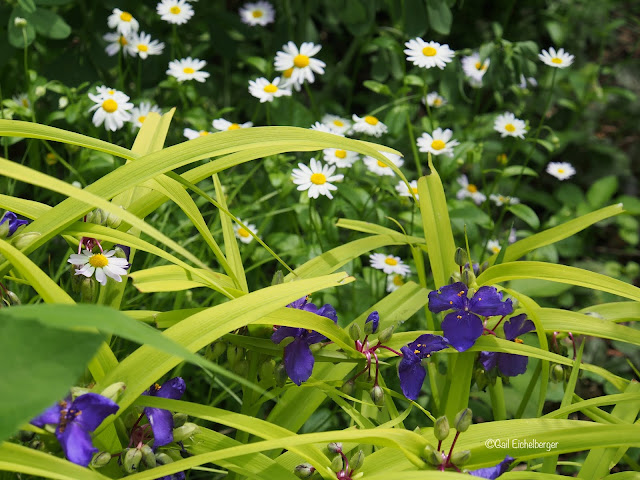 Although, most articles referencing Wild Daisy aren't filled with much information, they all more or less say the same thing- "It's a good gardening plant for attracting butterflies, since it's an early blooming nectar source.” That's high praise in my eyes. 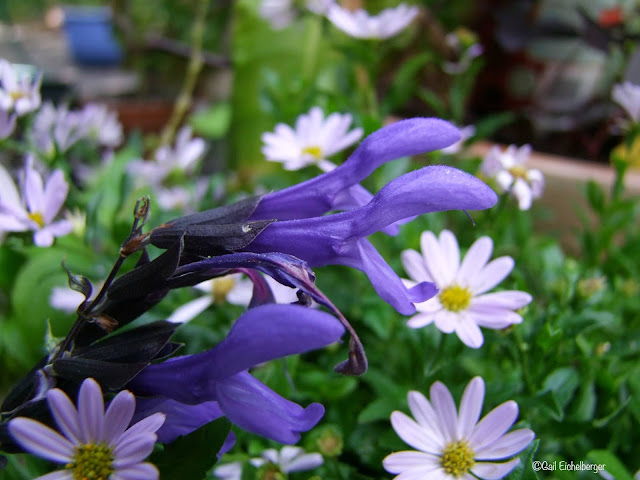 Western Daisy pairs beautifully with many garden plants. The pairing with Tradescantia 'Kate' and Salvia 'Black and Blue' in the above photos was completely serendipitous. I'll try to plan pretty pairings for next year with this fall's seeds and next winter's seedlings!

The only problem with some winter annuals is that they they aren't generally available at nurseries. I suspect that seed collection is a big issue.When it comes to Astranthium integrifolium/Entireleaf Western Daisy, unless you know me or are able to shop at GroWild you may be plumb out of luck trying to find it. That's a darn shame. Too many delightful wildflowers are unavailable.

I've been pretty lucky to find wildflowers on my property. Our house is 67 years old and this property used to be a forest before the post war building boom turned this wildflower rich land into a suburbs. The developers bulldozed their way through the trees making roads and kindly left some of the woodland undeveloped. Our acre is not without it's issues. It took a long time for me to accept the limitations and gifts of the shallow, clay soil that is as dry as concrete most summers and wet and sticky all winter. (here for more of the story).  Every wildflower I discover is celebrated and cherished. That's how I feel about my Eastern Western Daisies.

Range: It is native to the east-central part of the United States primarily the Cumberland Plateau and Ohio/Tennessee Valley. It is found in the States of Tennessee, Kentucky, Alabama, and Georgia, with isolated populations in Mississippi and West Virginia.

Stems -Usually one; erect to decumbent-ascending. 4 to 18 inches tall depending upon growing conditions.

Bloom time: It blooms in mid-spring to early summer.

Flower: Flower heads are usually borne one at a time, with white or bluish ray florets and yellow disc florets. The flower is about an inch wide. 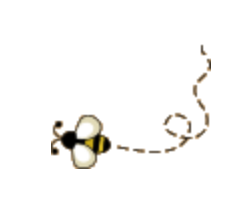 Gail Eichelberger is a gardener and therapist in Middle Tennessee. She loves wildflowers and native plants and thoroughly enjoys writing about the ones she grows at Clay and Limestone. She reminds all that the words and images are the property of the author and cannot be used without written permission.