Fire in the meadow 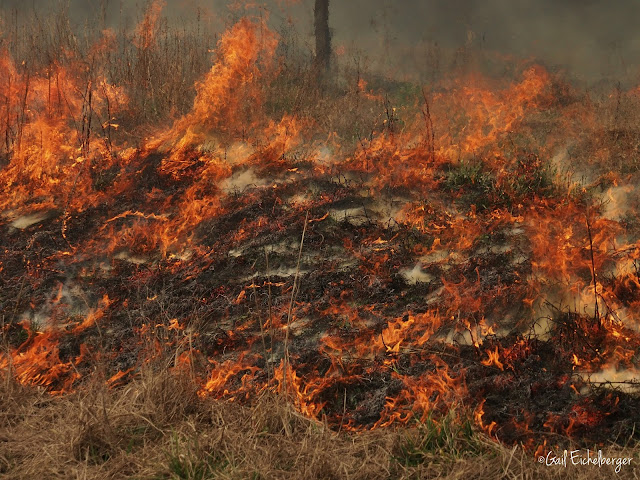 Don't be alarmed, this photo was taken at Owl's Hill Nature Sanctuary this past Monday at a controlled burn.


The meadow around the ponds had gotten clogged with growth and burning is one way to insure that unwanted thatch, weeds, undesirable woody vegetation and some invasives can be killed. It's an ecologically sound way to improve a wildlife habitat without resorting to big gun chemicals.

I was very excited to see one... 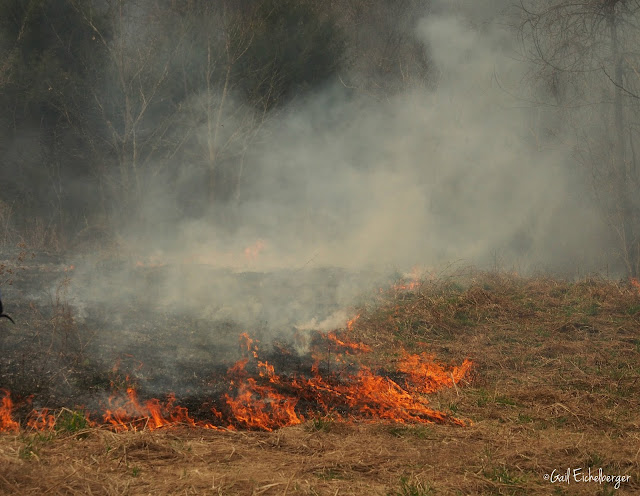 As you probably know there are fire regulations that wisely keep people from burning their land without supervision.

For our meadow, field and woodland edge burn Owl's Hill staff called the Tennessee Wildlife Resource Management Agency. Their fire specialists know the best conditions under which trees and other plants will burn to get the best results safely. They take into account the temperature, humidity, wind, moisture of the vegetation, and conditions for the dispersal of smoke. They only burn if the conditions are right and Owl's Hill had been trying to get a burn scheduled for quite a while. 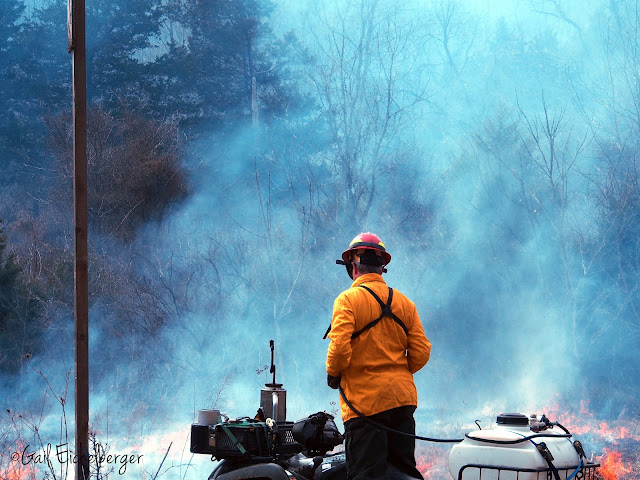 Sometimes you don't know that a burn will happen until the last minute! As it turned out, weather conditions were right, but, the fire didn't burn into the woodland where we had hoped it would kill the invasive honeysuckle. All kinds of conditions can keep a fire from burning as hot as hoped: in our case it was probably soil moisture and not nearly enough combustible plant matter.

But, it was still pretty cool and much of the brush was burned. 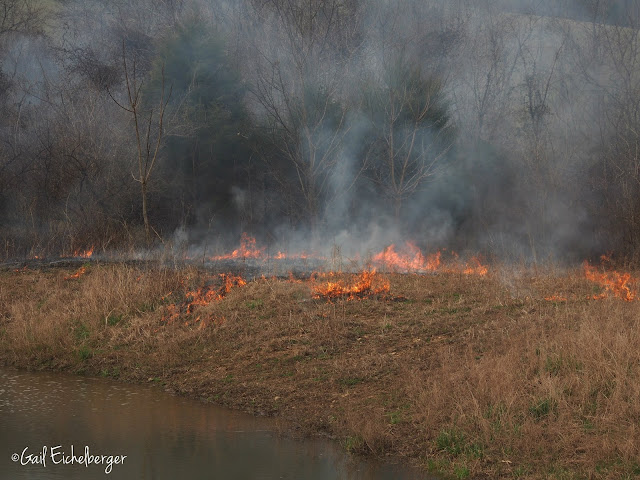 Controlled burns mimic what nature has always done: improve wildlife habitat and enhance native plant communities. Some ecosystems ( prairie, savanna, chaparral and coniferous forests) and their plants evolved with lightening strike fires (prairie grasses and forbs have deep root systems that fire or heat don't kill) and many species are dependent on fire to maintain the habitat in which they live.
Native Americans were the first who used fire extensively to encourage the growth of wild food plants, provide open hunting areas and clear undergrowth for planting crops. After decades of fire suppression ecologists are now prescribing controlled burns to mitigate some serious consequences of fire suppression, and  to help with prairie restoration, to kill unwanted plants and to improve wildlife habitats. 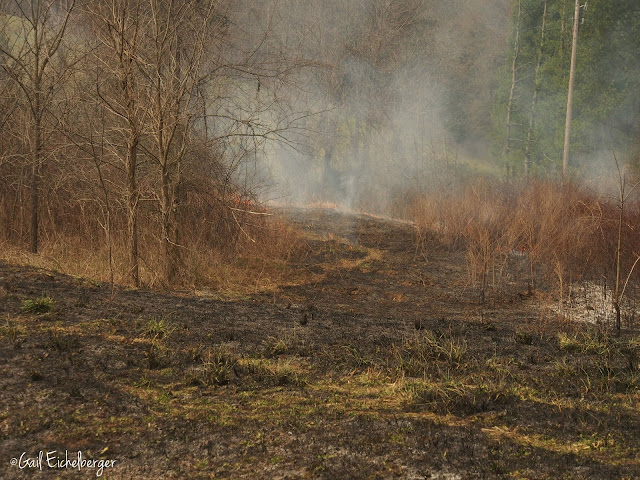 If anyone asks you why periotic burns are important, you can tell them this:

"Fire acts as natures gardener by trimming back trees and over mature shrubs that shade out sun-dependent plants such as grasses and prairie flowers. After a burn, the blackened soil quickly absorbs sunlight. The warmed earth encourages seed germination. Charred plant remains turn into a rich fertilizer, encouraging new grass growth to sprout from the network of root systems deep below ground." (source)

All good!
Nature is so amazing.
xoxogail

"The uniformly rich soil of the Illinois and Wisconsin prairies produced so close and tall a growth of grasses that no tree could live on it. Had there been no fires, these fine prairies, so marked a feature of the country, would have been covered by the heaviest forest."
from Aldo Leopold’s A Sand County Almanac and Sketches Here and There


Gail Eichelberger is a gardener and therapist in Middle Tennessee. She loves wildflowers and native plants and thoroughly enjoys writing about the ones she grows at Clay and Limestone. She reminds all that the words and images are the property of the author and cannot be used without written permission.
Posted by Gail at 6:25 AM