Bluebirds in the garden 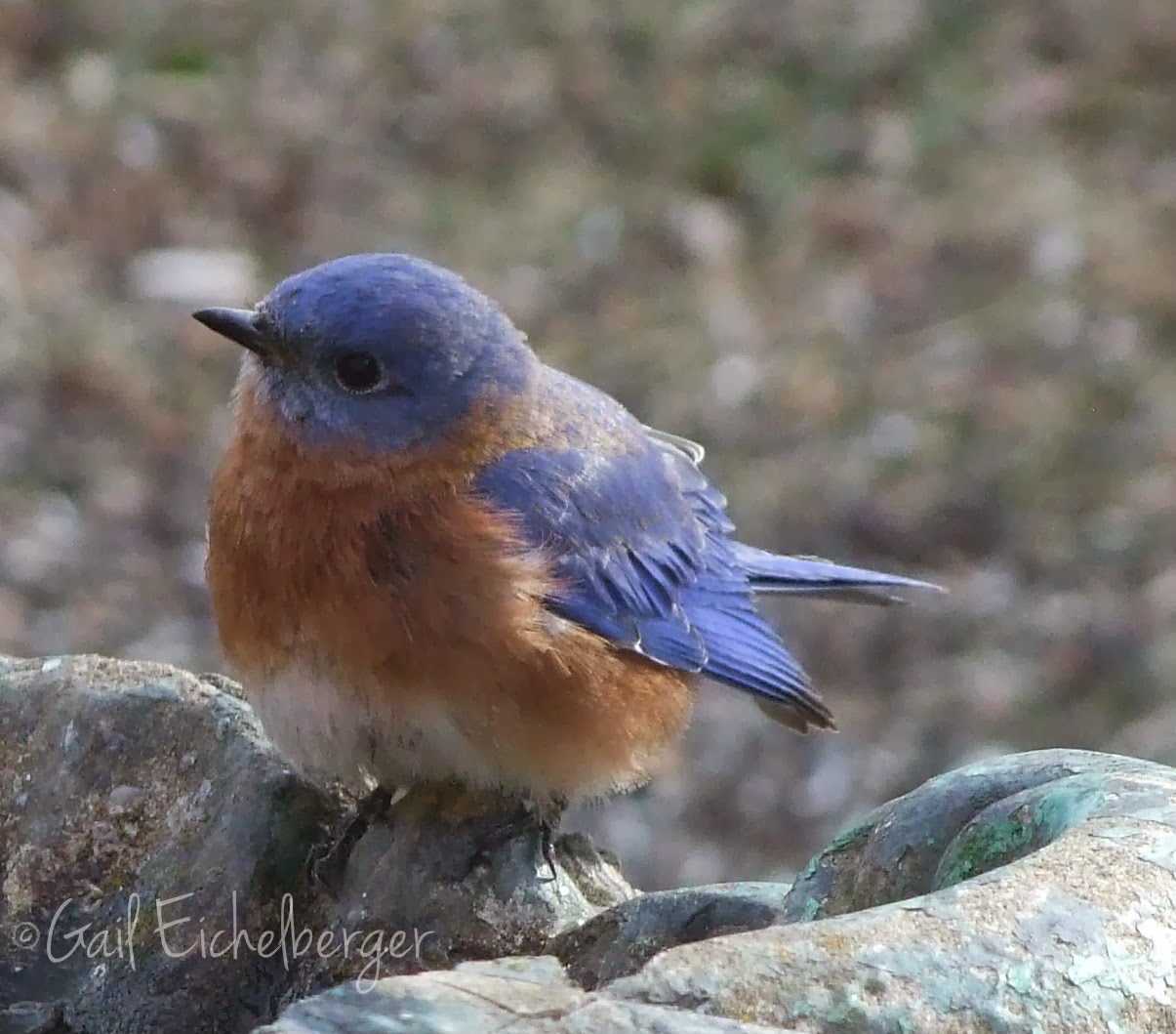 Bluebirds have been visiting the birdbaths for the last few days! They're year round residents in Middle Tennessee and often travel in small family groups, but, this could be a part of a migratory flock that's passing through. I hope a mating pair settle into the garden this year, the beautiful flash of blue at the birdbath is a delight. 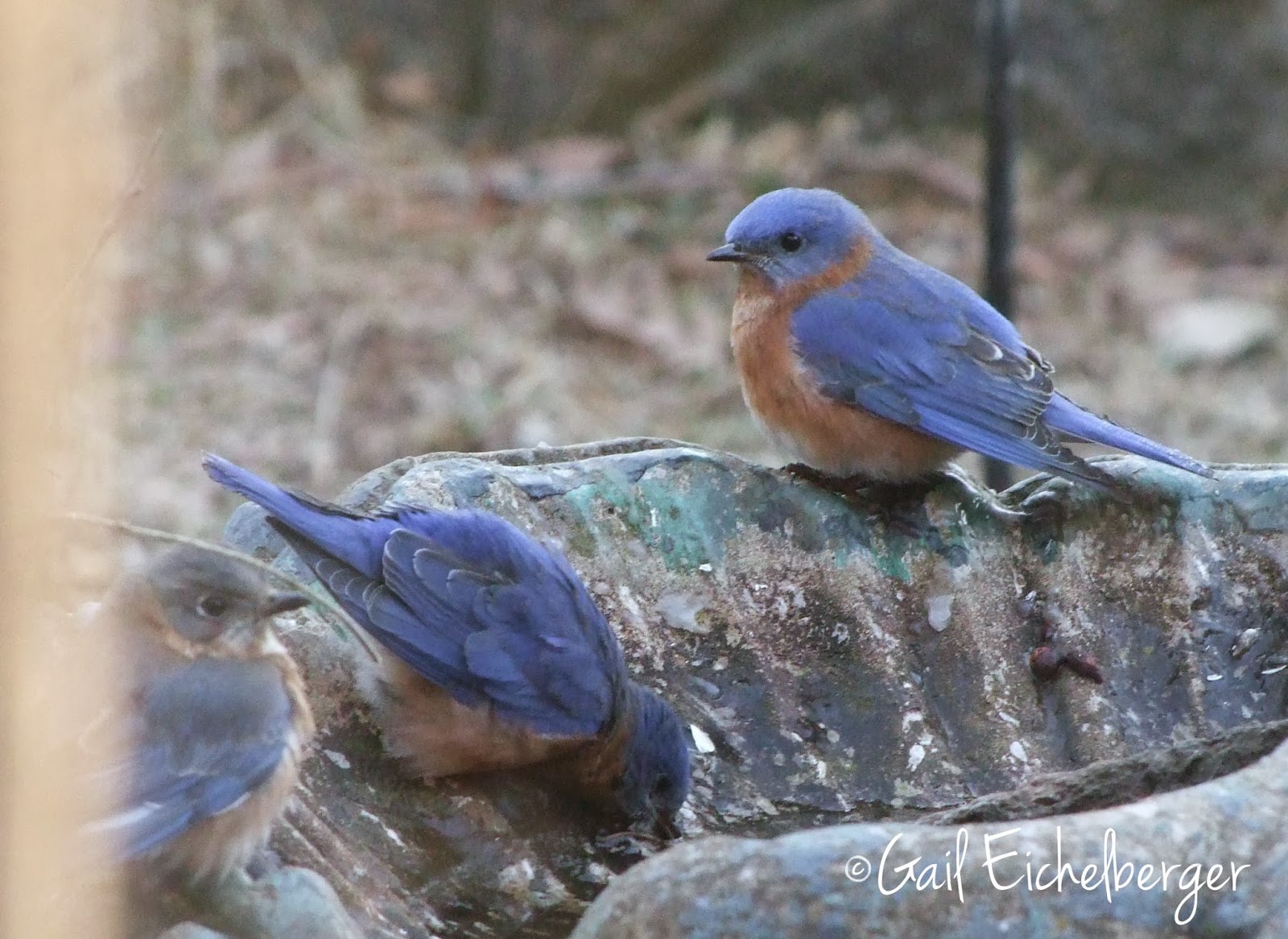 Bluebirds like wide open spaces, so I've placed the bluebird box in a clearing with a tree near enough for perching. They've reared their young here before and I am hoping this year that one of the males will find the bluebird box in the front garden to his liking. He can then use his persuasive powers to convince a female to move into his thoughtfully chosen nesting site. I've never seen their courtship, but, read that it's quite charming and when I stumbled upon this "romantic" description, I had to share it!

"The male usually arrives a few days ahead of the female, selects what he considers to be a suitable summer home, and carols his sweetest, most seductive notes day after day until she appears in answer to his call. Then he flutters before her, displaying the charms of his widespread tail and half-opened wings, warbling in delicious, soft undertones, to win her favor. At first she seems indifferent to the gorgeous blue of his overcoat or the warm reddish brown of his ardent breast. He perches beside her, caresses her in the tenderest and most loving fashion, and sings to her in most endearing terms. Perhaps he may bring to her some delicious morsel and place it gently in her mouth, as an offering. Probably he has already chosen the cavity or box that he thinks will suit her; he leads her to it, looks in, and tries to persuade her to accept it, but much persistent wooing is needed before the nuptial pact is sealed." (Arthur Cleveland Bent series on Birds of North America)

Let's hope a Mr likes it here and can persuade the Mrs to move in. It's a great neighborhood, with insects, fruit and berries for them to dine on, fresh water and a lovely, well maintained bluebird house. Of course, the landlady will respect their privacy!

Gail Eichelberger is a gardener and therapist in Middle Tennessee. She loves wildflowers and native plants and thoroughly enjoys writing about the ones she grows at Clay and Limestone. She reminds all that the words and images are the property of the author and cannot be used without written permission.
Posted by Gail at 7:01 AM