A Swallowtail Stopped By 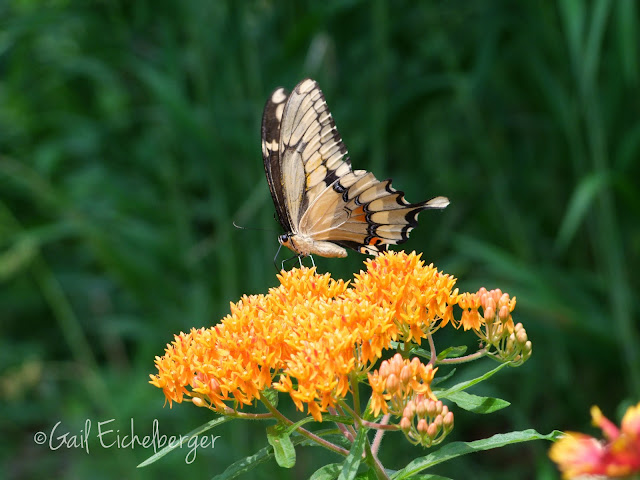 To nectar on the Butterflyweed.
I waited patiently for it to stop flitting and pose prettily with wings fully spread, but, it was feasting madly.
It superficially resembled an Eastern Swallowtail while gliding about, but once it settled on the Asclepias tuberosa, it was clear that it was not one of my regular garden visitors. The coloring was wrong and it had an unusually large wing span. I was pretty sure it was a Giant Swallowtail and just as I've read, that first sighting was dazzling! (go here for more images)

What a beauty and the 6.3 inch (16cm) wing span makes it the largest North American butterfly.

Speaking of North America, the Giant Swallowtail is on the move. It's moving further north and further west! In the last few years it's been spotted in Los Angelos, CA and Ontario, Canada. You might want to check out this article about its migration to Canada. 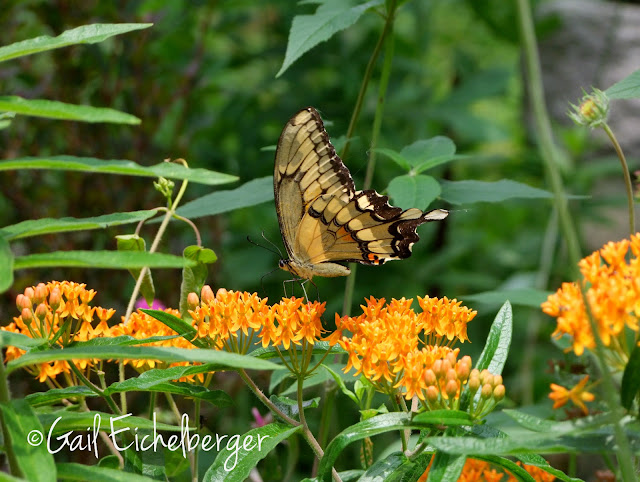 The Giant Swallowtail Butterfly/Papilio cresphontes' flight is a graceful series of strong flaps and long glides. It spends its time on the wing, nectaring or patrolling for mates (if male). It's welcome in most gardens, but, is considered a pest in Florida where citrus trees are its chosen host plant. Once they mate the female lays one bright orange egg on a host plant~here in Middle Tennessee it's either the Prickly Ash tree/Zanthoxylum americanum or the Hop Tree/Ptelea trifoliata, when the egg hatches the caterpillars, which resemble bird droppings, begin to eat the leaves and young shoots. (If you want to see the larva that looks like bird poo go here!) 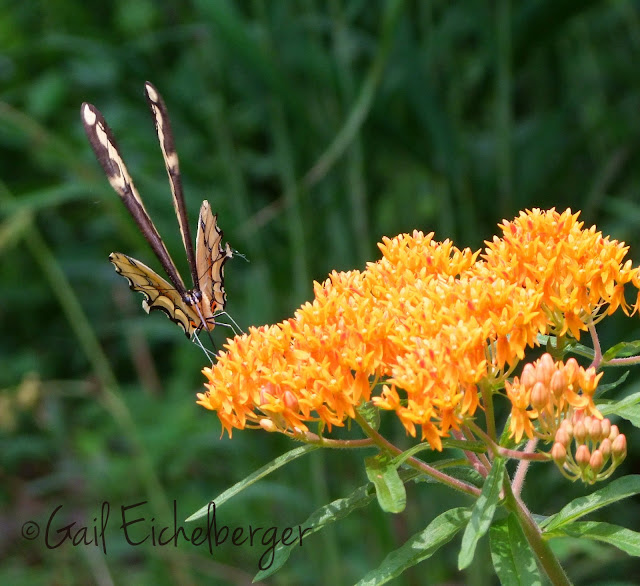 It might not be welcome in a Florida citrus grove, but, it's more than welcome to stop by my garden and nectar all it wants, after all, I garden for wildlife.

Gail Eichelberger is a gardener and therapist in Middle Tennessee. She loves wildflowers and native plants and thoroughly enjoys writing about the ones she grows at Clay and Limestone. She reminds all that the words and images are the property of the author and cannot be used without written permission.
Posted by Gail at 5:34 AM