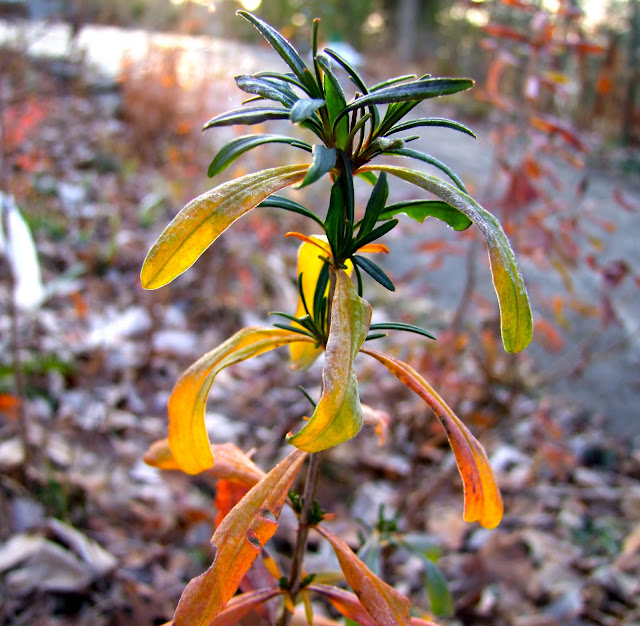 Hypericum frondosum is a study in yellows, golds and burgundies starting in November and lasting through December. 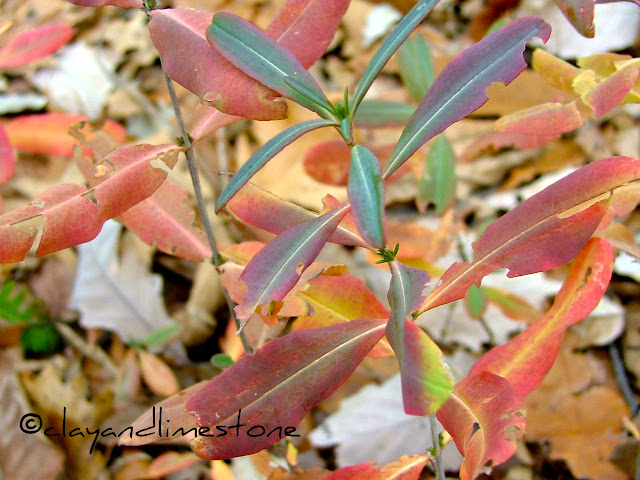 It's singing its next to the last song for the season.  Next to last,  because once the hypercolored leaves drop off there will still be  peeling bark and hints of new growth.  It's a year round beauty that makes Clay and Limestone, well, Clay and Limestone!  It just wouldn't be the same with out it! 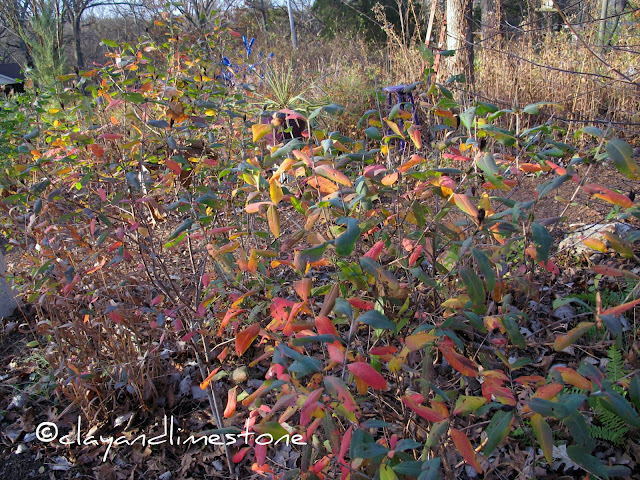 When I planted H frondosum 'Sunburst' twenty years ago, I had no idea that it would revert to species and spread its progeny over the garden.  The species is lankier and taller than the cultivar, but, it doesn't matter; the flowers are still beautiful and attract some of my favorite pollinators.
Cedarglade St. John's-wort, Hypericum frondosum, Golden St Johswort are a few of its common names.  It's as happy in a tamed woodland as it would be in its native oak-hickory-red cedar woodland near a cedar glade.
Each fall when I see Cedar Glade St Johnswort's  brilliant color I wonder why more American gardeners haven't planted them.  They really are good looking four season native shrubs that give good return on your gardening dollar.

Do your resident Bumblebees, Hoverflies and other pollen loving pollinators a favor and plant a native Hypericum instead of the invasive Euonymous alata/Burning Bush.

Gail Eichelberger is a gardener and therapist in Middle Tennessee. She loves wildflowers and native plants and thoroughly enjoys writing about the ones she grows at Clay and Limestone."
Posted by Gail at 4:00 AM