Frost Flowers Blooming In The Garden 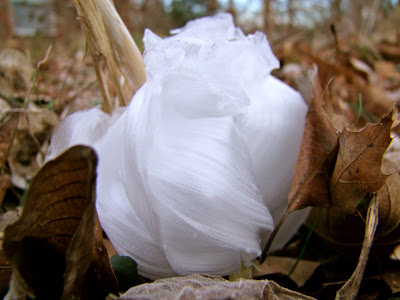 The frost flowers are frozen in place at Clay and Limestone this week. With temperatures only reaching about 35F you can find them in the shadier parts of the garden all day long. Pure white, ribbons of ice that have formed on cold nights. Hard to believe that a flower can produce such ice sculptures over and over again. 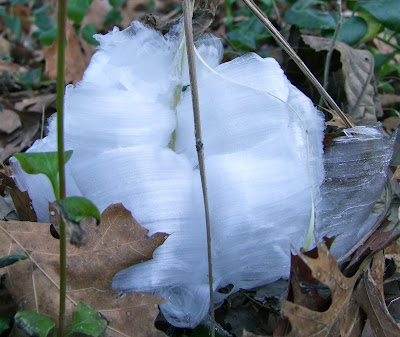 Several readers have expressed interest in Frost Flowers after a recent post. Sue, from A Corner Garden, thought I might be teasing that such a flower can exist. But exist they do! Those of you with long memories will recognize some of this post~It's a post from last year that I've reworked with new information and photos. I hope you come to love this native as I have. 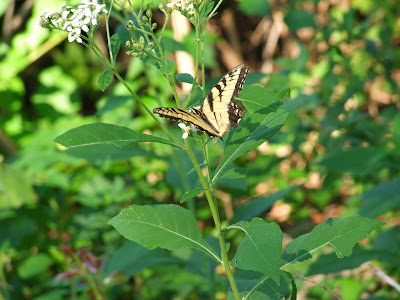 Verbesina virginica (White Crownbeard) is a stately queen among the rough and tumble flowering natives in my garden. An easy to grow plant that can be found in woodland margins, openings in woodlands, flood plains, thickets, roadsides, stream banks, pastures; damp soils. Beloved of bees and visited by many butterflies, verbesina is rarely munched on by deer or rabbits. I've come to love this plant since I first saw it growing in the wayback backyard~behind the Garden Of Benign Neglect; a tall plant that I decided to watch for a season to see what it could be~ 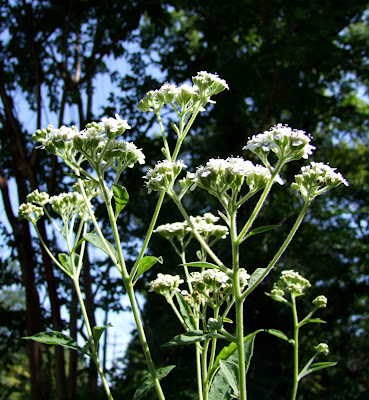 This tall asteraceae family member (can reach 6 or more feet) is a plant that most of us wouldn't give a second look~At least not until it bloomed along with other Autumn beauties.

So don't get that weed whacker out too fast! On those first cold and frosty mornings you might be able to see Verbesina virginica (more info here) transformed into Frostweed. A wonderful natural process that happens with just a few plants and Verbesinas are one of them~ 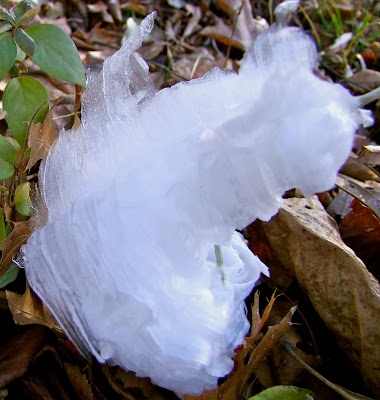 Imagine a beautiful late fall day; it's warm and the sun is shining. The verbisina's roots draw water up into the stem and late that night when the temperatures drop well below freezing, the stems freeze, split open, emitting plant juices, which immediately freeze into ribbons of ice that curl around the stem and the base of the plant! 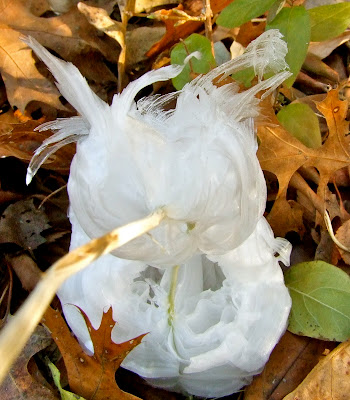 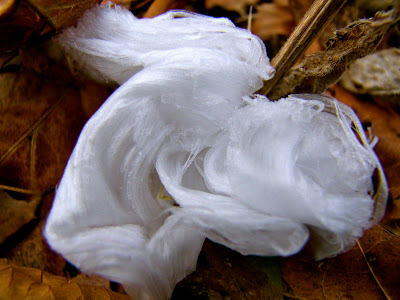 Everyday there is something of the marvelous to behold. 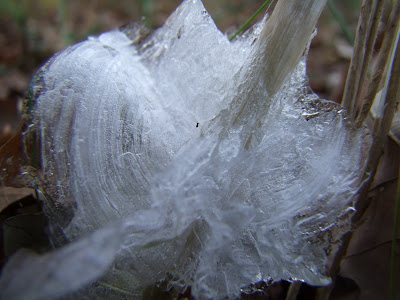 Now aren't you glad we didn't mow this plant down after one look at those flowers!

Frost flowers will continue to form as long as the temperatures are cold and the plant juices are flowing. 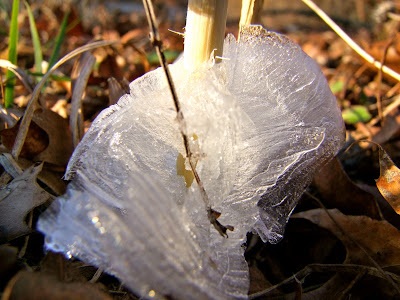 Just in case you still need convincing to grow this beauty~ 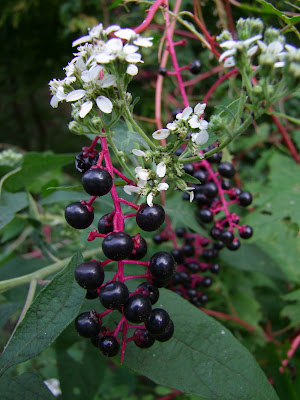 Verbisina with its friend the Pokeweed
White Crownbeard/Verbesina/Frostweed has been selected for monitoring by Monarch Watch because it's an important nectar plant for monarch butterflies.

PS If you don't like the white it does come in yellow! 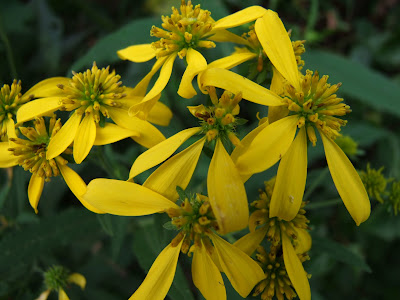