The Garden Of Benign Neglect 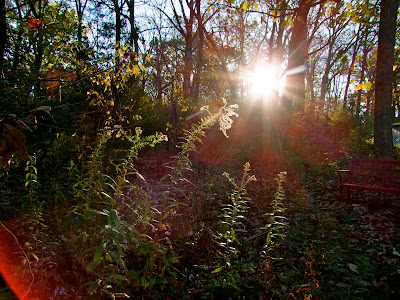 It was the best of times and the worst of times in the GOBN this growing season. 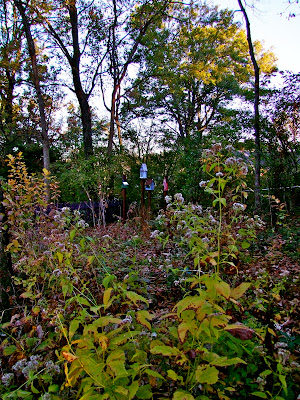 The garden survived, but, it didn't thrive. 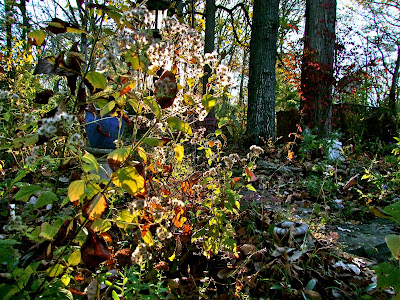 It is after all the Garden Of Benign Neglect and conditions are tough out there! The natives aren't used to pampering. They get by on what nature dishes out each year. So the roughest and toughest tend to 'blossom' and dominate.
The pounding rains in May (18 inches in one day) and the drought this summer (70 days without significant rainfall) took its toll. Many plants did not survive, but, I'm not fooled!
Under the leaves and amidst the decaying plant materials is the promise of next spring! 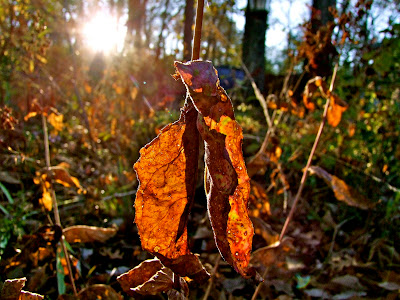 Columbines, Phlox pilosa, lunaria and Pestemmon X will burst forth next spring~Nothing stops them.

The scutellaria, goldenrods, mistflowers, gaura and asters survived the worst that summer had to give them. We won't know until next spring whether the baptisias and amsonias are still with us! They may have slipped into an early dormancy~Don't we gardeners wear our hope well! 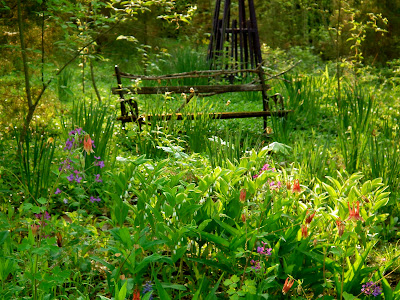 The Garden of Benign Neglect is more a spring garden then an all year garden. In February the ephemerals start the parade. By early April the garden is shouting, "Look at me, Look at me". It's lush, it's colorful and you want to sit out there all morning long listening to the birds and soaking up the sweet fragrance of woodland phlox.

When the heat arrives in May, the last of the shrubs and small trees have bloomed and the garden retreats into greenery. That's not to say that there aren't Susans and a few other perennials to catch your eye. But, it's not till fall that the garden comes back alive with the ex-asters, liatris, native grasses, goldenrods, gaura and autumn leaves. 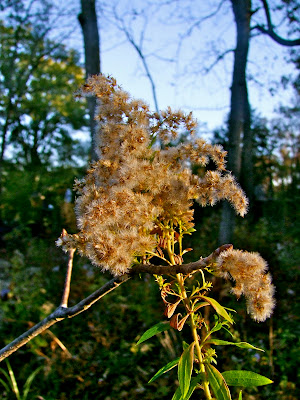 This fall I had planned to rework the garden to give it all year interest. Evergreens and shrubs are needed for structure and perennials need to be grouped and massed for greater effect. September and October were too dry to make changes. Finally, the soil is workable. It's not too late to add the much needed evergreens and shrubs. I might even chance adding a few perennials that have found there way into the carts while visiting nurseries for mulch and soil conditioner. We have frosts and freezes on and off all winter, but, as long as the ground is not frozen we can plant to our heart's content. 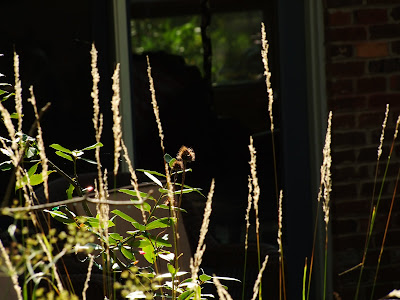 That's my plan! So, please forgive me if I am not blogging as much~It seems, I am a foul weather blogger.

xxoogail
Posted by Gail at 9:00 AM