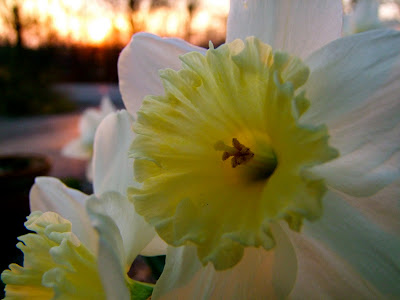 Ice Follies
Have you noticed there's a theme running
through the garden blogasphere lately?
Words like beautiful, gorgeous, stunning and breathtaking
are being bandied about. 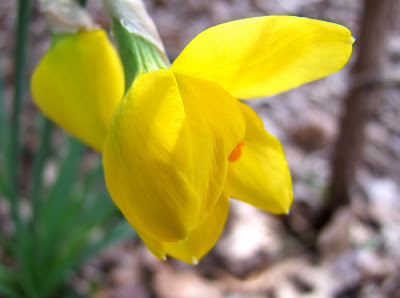 The Narcissus in my garden are convinced
that you must be talking about them.
They just can't get beyond their self besotted hearts
to believe that others might be talking
about something unrelated to them.
Like their own sweet gardens. 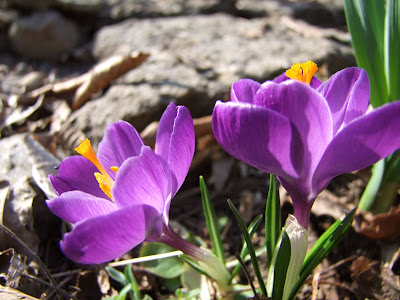 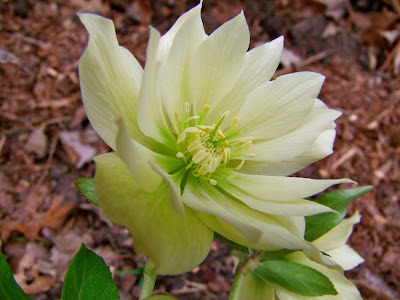 Golden Lotus Strain looking particularly lovely
It's true~~
Narcissus are beautiful,
some times quite gorgeous and often splendid.
When you see them massed you can't help feeling delighted.
Even wishing for more!
Of course they have big, beautiful flower heads!
Perhaps, delving into their history can help us understand
their "It's all about me!" perspective! 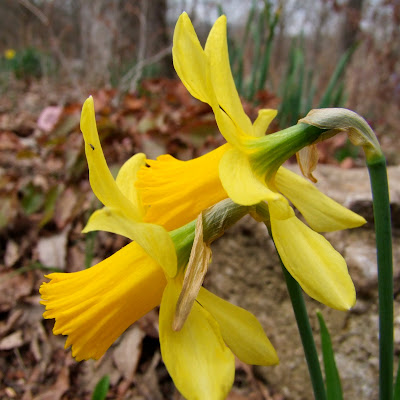 Want to know a secret?
I look marvelous!

We have to go way back in time,
when the Greeks and Romans worshipped the gods of Olympus
and when great story tellers like Ovid reveled in mythic tales of their deeds.
Let me remind you that any time the gods mixed with mere mortals...
it rarely ended well for the mortals. 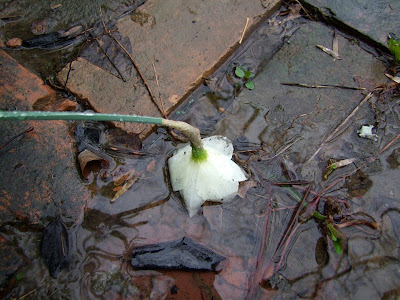 Like all tales that involve the gods, the story of Narcissus is a bit complicated. The whys and wherefores of his birth are not necessary to this telling. Let's just say that Narcissus was a handsome youth who loved to wander through the Roman woodland, but, was never to know how beautiful he was~He broke a lot of hearts, but, then he was an adolescent and rarely thought of the consequences of his behavior. Unfortunately, he broke Echo's heart and in the process she lost her voice forever~ Of course, she begged and pleaded for the gods to intervene and they severely punished poor, beautiful Narcissus. This is where the story changes depending upon who tells it ~The vindictive godess, Nemesis, made him fall in love with his reflection in a pool (remember, he didn't know himself) and in his yearning for the beauty in the water, he leaned too far in and drowned. Echo, being a very co-dependent maiden prayed for him and a flower was said to spring from the ground where his dead body lay. 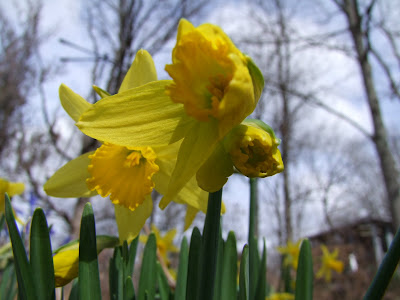 Of course that flower was ~the Narcissus!
With a history like that,
is it any wonder that conversations begun with
"The garden looks fantastic!"
Or, heaven forbid, any sighs of contentment,
would lead my Narcissus (plural and singular)
to conclude, that all attention is on them.
Could this be Situational Narcissus Narcissism? 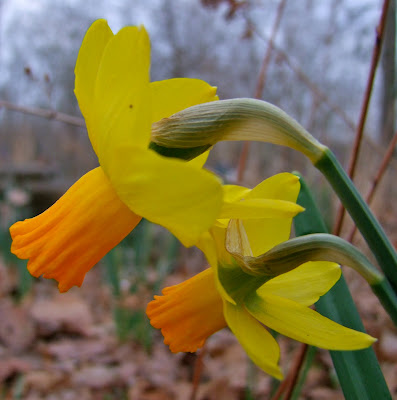 "Isn't my cup the prettiest orange in the garden!"
I suppose, as the gardener here at Clay and Limestone,
I bear some responsibility.
After all, I do rather make over them and
ooh and aah at their peccadilloes.
Perhaps, it's my secret admiration for their verve
that has encouraged Narcissus' narcissism to grow! 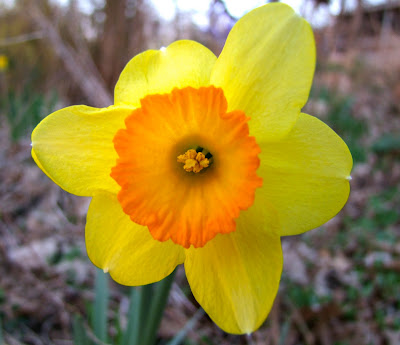 They can be a tad unsympathetic and have been known to
down play the achievements of their neighbors.
Take Diane~
A lovely Hamamelis with an unfortunate habit
of hiding her light under a bushel.
*
**
* 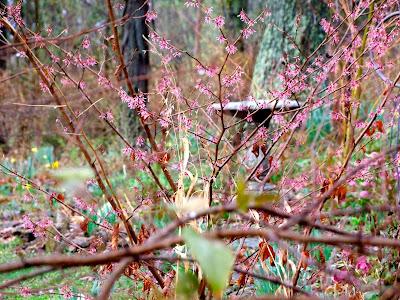 Hamamelis x intermedia 'Diane'
We can thank the cold weather for her continued blooms
and for crisping up the leaves and causing them to finally drop off!

You see, shy Diane's leaves
wait to fall off, well after her flowers dry up.
But, not this year.
The Big Freeze in February has crumpled them away
to reveal Diane's gorgeousness to all.
Great cause for celebration at C&L! 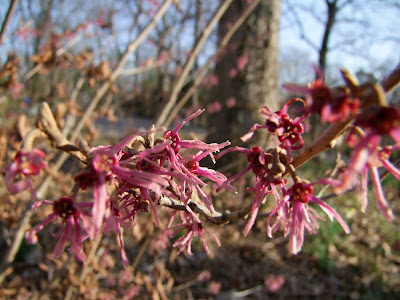 But, my dear Narcissus were a bit sulky and
complained that the weather,
which had helped Diane make a splash, had
delayed their own grand entrance into spring. 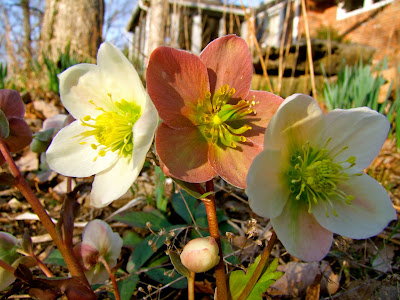 Lovely Eric Smithii hellebores , but don't let the Narcissus hear that!
What can I say ~~
They are such drama queens...
It's genetic...

I fear, it's going to get worse....
Any day the Spring Crescendo will begin!
There is only room for one strong ego at a time
at Clay and Limestone!
AND, 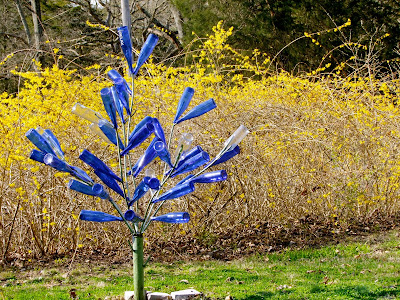 Hedge is in full bloom!


It will be the clash of the Titans at Clay and Limestone!
***********
Are you having a little late winter or early spring drama in your garden?