Meme and Return of Meme 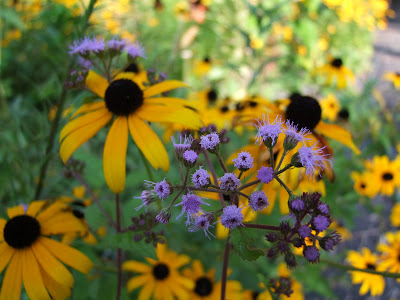 Conoclinium coelestinum/Mistflower
Coelestinum means heavenly,
but, you may wish to dispatch this pretty native to another place,
when/if it get too aggressive in your garden.

I've been tagged...It's been a while since anyone's tagged me, so let's play along. Do you mind a rerun, Cameron (Defining Your Home, Garden and Travel)? 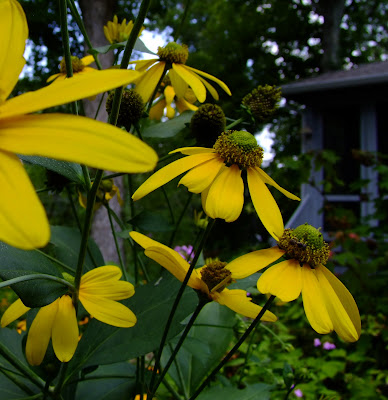 Rudbeckia laciniata/Cutleaf coneflower
I've combined two posts from the archives! They've been edited and hopefully, improved;) Forgive all the I's, they are from the me-me memes!


1. a. I never untie my shoe strings when I take off my tennie runners.... and, b. I have a habit of making up words for common items, like tennie runners for tennis shoes.

2. I love the stark beauty of a cedar glade and the colorful dense planting of a cottage garden....Imagine them together, in the same yard... clown pants! 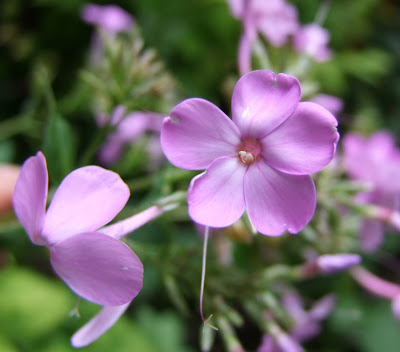 3. I joined a writing group a few months ago....We meet monthly for dinner and conversations about life and writing. Last night we had dinner on the porch. 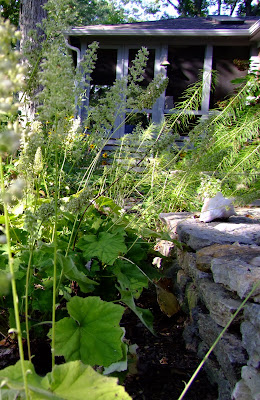 4. I can remember the Latin name of a plant and its common name; but too frequently, not at the same time.

7. No one believes this, but I am an introvert. 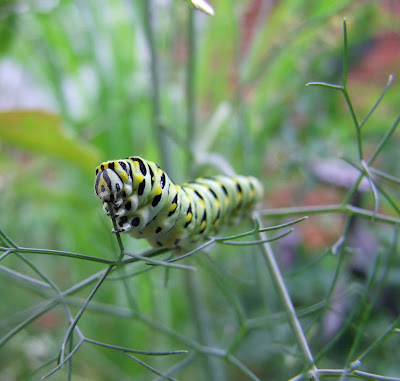 Our friend the swallowtail cat

8. I get distracted and forget what I was going to do, going to say and just now going to type....Oh yes, that's it! I don't really know how to type! 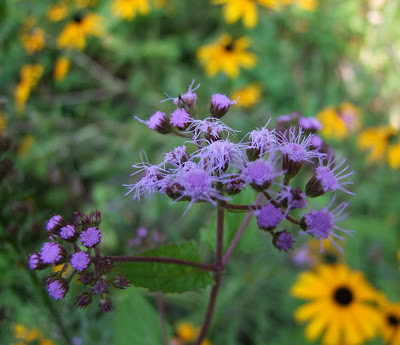 9. This one's for Frances! She loves this story!

When I was about 15, my best friend and I went to the Club Imperial (St Louis) to see Ike and Tina Turner...I hadn't the faintest idea who they were! But Linda could talk me into almost anything! She had a little red VW Bug and we went all over the place and probably just escaped serious trouble many times. Somehow she heard about this really cool review at a local dance club and dragged me along! Ike and Tina often played there on Tuesday and Thursday evenings. Which meant we had not told our parents where we were really going, because it was a school night! The things my mother never knew! This must have been just before Ike and Tina made it big and certainly before they went on tour with the Stones. The club was small and crowded. Did I say how small? I was standing about 5 feet from the 'stage'. They put on a great show! But, here's the interesting part...we some how got to go 'backstage'. Backstage being a couple of rooms just off the dance floor. Ms Tina was back there trying to cool off. She was drenched in sweat and we girls helped mop her back. Sounds weird, but, it was an adventure! Here we were at this cool club, when all our school friends were hanging out at the Steak and Shake and listening to Bob Kuban and The In-Men (The Cheater). Go here for an interview with Bob about his life, seeing Ike Turner at Club Imperial and here to hear his song, The Cheater. 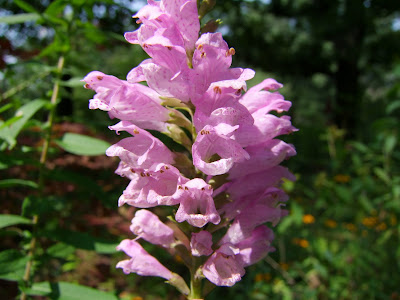 Physostegia virginiana/False Dragonhead a mint and doesn't that tell everything!
Thanks folks for being good sports! Have a wonderful weekend and let's hope we all have the weather we need.