Good morning, Garden Blogger. Your Mission, Should You Decide To Accept It...

Involves the recovery of beauty, peace and harmony to The Garden of Benign Neglect, the residence of Queen Gaillardia, of Clay and Limestone! 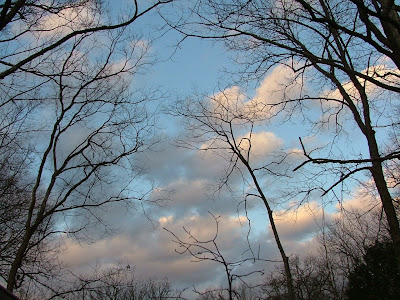 Clearing skies over the Kingdom
Listen carefully to the instructions and familiarize yourself with the players and their relationships. You must follow these instruction; deviating from them could create future problems for Fauna and Flora in the Kingdom of Clay and Limestone. 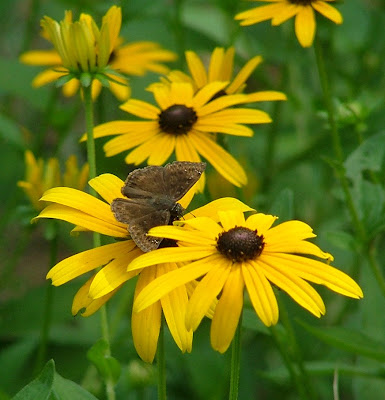 Residents Flora and Fauna
Years ago an unknown resident invited the Vinca family to the Kingdom. They were charming and offered to help take the burden off the groundskeeper. Little did the Queen know that they had set about creating a network of underground passages to move about undetected. Their goal~~complete dominion over the small, but happy Kingdom. 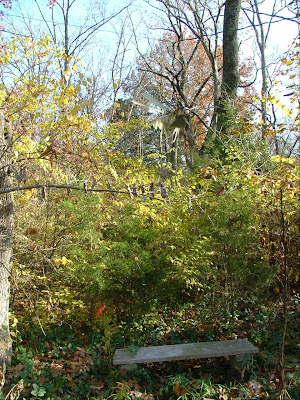 Major Vinca and his minions

Before long Major Vinca and his minions had infiltrated every aspect of the community....Siphoning off the country's meager natural resources for their own uses. Vinca Minor, second in command, even more aggressive then her cousin, has aligned herself with the Bush and Privet families. The very corrupt and once prominent families have been removed from influence. They are bitter and determined to get re-rooted in the community. The Queen finally realized the seriousness of the problem and it's devastating effect upon her subjects. 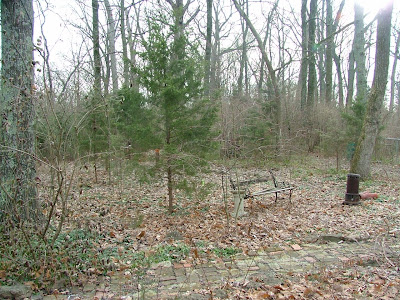 The Queen gets tough and throws out the corrupt families
She set about eradicating the kingdom of these troublesome thugs. The Vincas had been able to plow over all the advisers the Queen placed about the GOBN.

Her good work continues. But the throne is threatened! 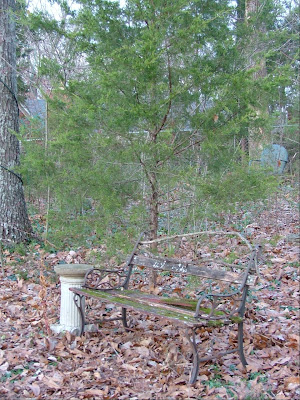 The throne
The Vincas are aggressive and tenacious! Removing them from the The GOBN has taxed the kingdom and the Queen. She has had little time to think about rebuilding or planning.

That's were the Impossible Missions Force comes into this story.

Your job, if you decide to accept this mission, is to disrupt the network. The Queen needs plans for placing strongly defended plants throughout the city. She can't do this alone. Your energy, your vision and creativity are needed!
Your team:
Cedaric Glade: He's tough, he rugged....he likes extremes; He's the spirit of this team.
Nativa: She's taprooted to this community....and only needs one name.
Exotica Occasionalie: A disguise expert; she can fit in.
Heady Gardener: Brings the big picture to light.
Good luck Garden Blogger. Should anything happen to you or any member of your team...well, you know what that means!