Flora, Fauna and Fun on Folly 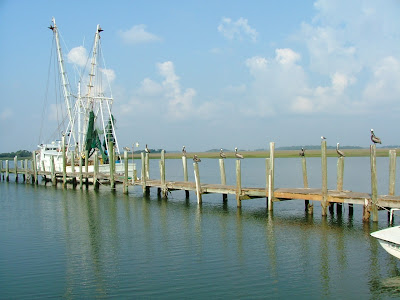 Isn't it an understatement to say it's a different kind of plant environment at the beach! Hot, humid and alternating between the extremes of dry and wet. Oh, yeah, there's that sand, too! But the flora is rich...even if you can't identify it! There was a surprising amount of familiar plants... Blanket Flower, Smilax, Yaupon Holly, Live Oaks, Magnolias, Sycamores, American Holly...the list goes on!

This was easily identified as a primrose...you can't know how exciting it was to be able to identify a beach plant! 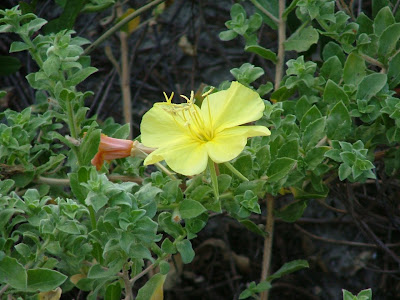 This cute sundrop was growing along the dunes at Folly... to identify which primrose took a trip on the google magic carpet! There is a terrific site if you want to identify plants growing on Folly Beach....it helped me! It's Oenothera humifusa!

The Atlantic Ocean looks particularly good in this photo. 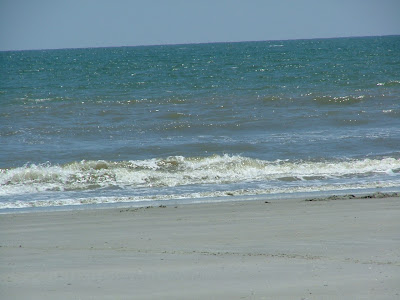 When the surf was calm the dolphins would be out...naturalists on the Eco Kayak tour said that they don't surface when it's too choppy...the water gets in their air hole. I did not make the tour this time ...but will next year! Here is some of our party on the Eco-tour! 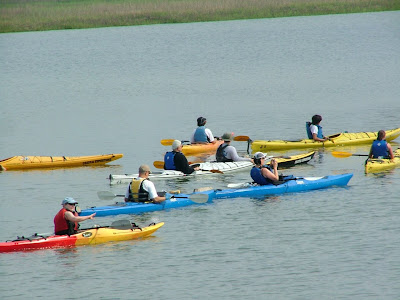 My favorite time to be on the beach is early in the mornings ...there is always the hope that the perfect shell will be waiting to be found. 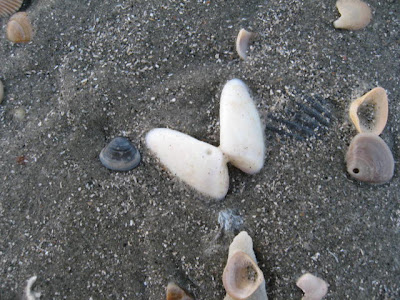 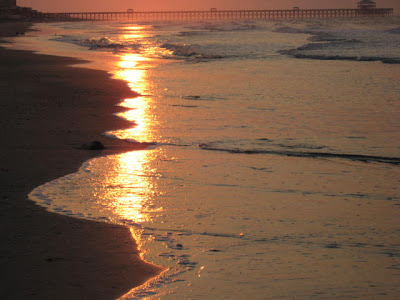 Really it did...later in the day it looked like this! 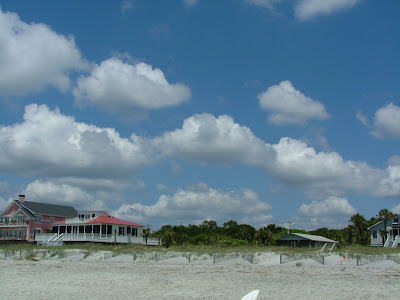 It was an absolutely perfect week of great temperatures and sunny days. Is that laying it on too thick!

This is the view from our boardwalk toward the pier at Folly. 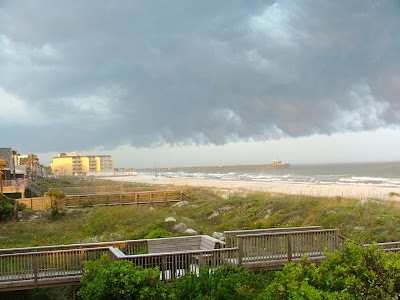 We had an incredible storm that sat on top of us like a big gray bowl...we had drinks by candle light that night! It's not unusual to lose power during a storm. 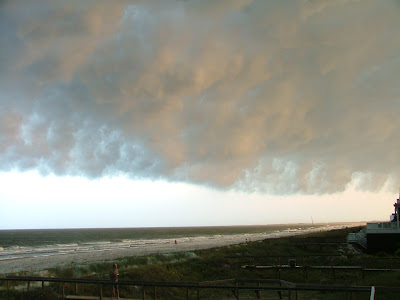 The clouds were spectacular; this is looking down the beach ...Our neighbor to the left, hollered over to us that the clouds looked upside down. 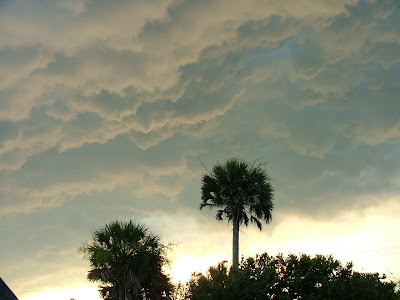 What do you think? Upside down? When it started to rain and the wind began howling we all ran for cover! It poured, the rain blew sideways and the wind was quite strong...we lost power and part of the siding on the house. As quickly as it arrived...it was over! Taking away some heat, humidity and AC in the house!

Then the island settled down and we had this beautiful view to enjoy. 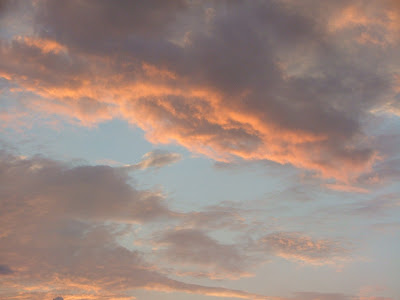 One of my favorite views is from our boardwalk onto the sand dune. Dunes are incredible...they support life, protect the coast and are just fascinating to observe. They are all about wind and movement. 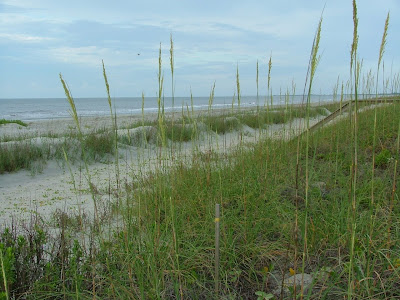 Last year a loggerhead turtle laid her eggs there. We found some folks digging in our dune and rushed out to ask what they were doing. It turns out that they walk the beaches looking for tracks... If they find evidence of a nest they dig down to check for eggs...sometimes they move them to higher ground...above the high tide marker so the baby turtles won't drown. They mark them so when it's time for the eggs to hatch they can go down to the beach. They ask that people keep their lights off so the baby turtles will follow the moon to the surf. Very few actually survive to return to the beaches where they were born to lay their eggs... but they still do. It's really exciting to think about the journey they make to return to Folly Beach each year. 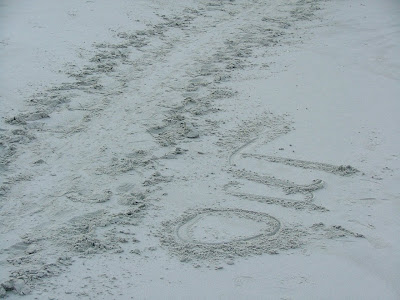 We hoped we could see a turtle on the beach this year...but none of us stayed up late enough to wander out there and look. These are Ms. Loggerheads tracks as she left the beach this year...wasn't that kind of her to leave that note;-) She dug her nest and laid her eggs, just a few dunes away from our house earlier this month. If you want to know more about the Folly Beach Turtle Watch Program visit them here.

Here we are, the five fabulous women on the trip! There were 9 folks in total...4 couples and a single friend. We are all excellent friends. As you can see, it's very windy. What you can't see is the dangerous surf. There is absolutely no swimming allowed. 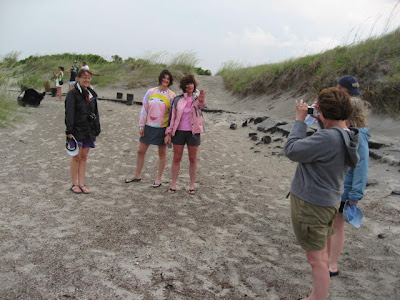 We drove to the end of the island and hiked to see this lighthouse. Was it worth standing in gale force winds? We thought so! 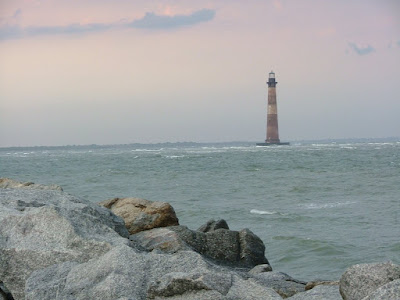